7th February 2019
Mark Temple from Barns Road, Cowley woke up on his 49th birthday and decided to try to run not one, not two, but fifty marathons in a single year in support of Sobell House. That’s a total of 1,310 miles, or the equivalent of travelling from London to Edinburgh four times over! Mark is undertaking this phenomenal challenge in memory of his father, Patrick Temple, who was cared for at the hospice in 2012, and his wife’s grandmother, who we also looked after.

Mark works for Oxford Bus Company and runs on his days off; no matter what the weather – it was -6 degrees when he left for marathon 42 the other morning! He says that when it gets difficult, he thinks about Sobell House and how we helped his dad, and that gives him the motivation he needs to keep going. Prior to starting this challenge, Mark had only completed one marathon, and initially, it took him days to recover from each run. He has powered on despite the pain, and is now just eight more marathons away from his goal.

“Sobell House is so fortunate to have supporters and fundraisers that are willing to go the extra mile to help us raise the funds we need to operate. It makes a real difference to our ability to continue providing care for the people of Oxfordshire now and in the future. On behalf of everyone at the hospice, I’d like to thank Mark for choosing to take on this heroic challenge, and wish him the very best of luck in completing it .”

“This is a phenomenal effort by Mark and all of his colleagues at Oxford Bus Company are proud of him and giving him all our support. Oxford Bus Company is part of the Sobell 40 Club and has made a commitment to raise a minimum of £10,000 for the charity over four years, so it’s a good cause that’s close to our hearts. Mark is completing each marathon by following our bus routes around the city, which is a fantastic achievement. He is the talk of the depot and a genuine inspiration to us all.” 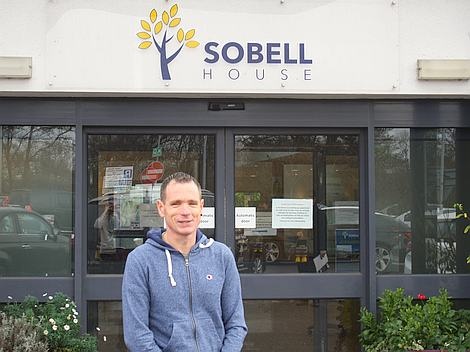