You are here: Home / School Staff Raise Over £1,000 for Sobell House

1st June 2020
We’d like to extend enormous thanks and congratulations to the Staff Fit Club of Bryntirion Comprehensive School, in Wales, for taking on an epic challenge for Sobell House. On Saturday 23rd May, they embarked on their most ambitious challenge yet: a virtual run, jog or walk covering the 136 miles from Bryntirion to Sobell House.

The club chose to support us in part because of the care we provided to Andy Farrell’s mother during her battle with cancer that she sadly lost in 2016. Andy is a PE teacher and head of year 10 at Bryntirion – he saw our recent appeal and wanted to join in the fundraising effort during this emergency.

Over 20 members of staff from the club braved the elements, pounded the pavements and took their four-legged friends out for their daily exercise to contribute to the distance required and they were soon well underway. Fortunately, they were blessed with brighter weather in the afternoon and the efforts of the staff and members of their households soon started adding up.

By 6pm (the agreed cut-off time) members of the Staff Fit Club alone had ran, jogged and walked the combined distance of over 195 miles, reaching the goal with plenty to spare! In addition, through the efforts of members of their households, a further 112 miles were covered, meaning they also made it back to Bryntirion in the allotted time by covering a staggering 500 kilometres in total!

Again, we’d like to thank everyone who took part, and also everyone who supported them on the day by donating online. The team have raised £1,390 so far which is amazing.

To support the group’s efforts, or find out more, please visit their JustGiving page here. 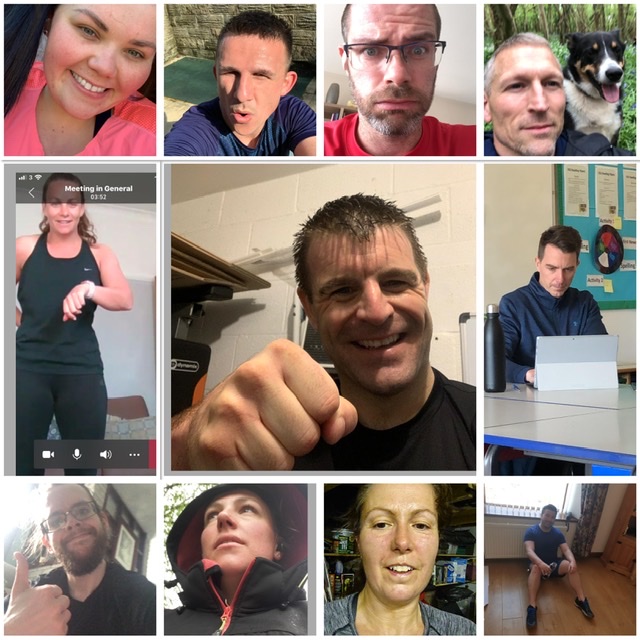