MENUMENU
0 Items
You are here: Home / Who We Are / Our Charity Ambassadors

Paul Chahidi is a Tony and Olivier nominated British stage and screen actor, who is well-known for playing Rev Francis Seaton in the hit BBC TV show, This Country. Paul grew up in Summertown, Oxford, and has a personal connection to Sobell House, after his father was cared for by our team in 2015.

“I’m really thrilled about my role as ambassador for Sobell House and to be able to help raise awareness of this incredible place that looked after my Dad with such exceptional care and compassion”. 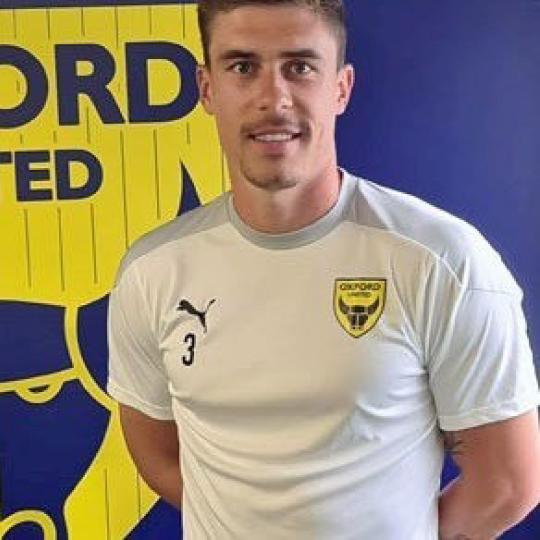 Josh Ruffels is a professional footballer and well known locally as a player for Oxford United FC. He has been at the club since 2013 and was voted Player of the Year 18/19. He was born and raised in Oxford.

“I am delighted to be asked to become an ambassador. Sobell House is a highly respected local charity known for their incredible work in my local community. I look forward to supporting their future projects and raising awareness in any way I can”.

Our Community Ambassadors are a network of special volunteers who play a vital role in representing the charity at local events and functions, speaking about our work and the importance of the funds our supporters help raise. Examples of what they do are:

“My father passed away at Sobell House in 2018, and I was taken aback by the care and compassion of the staff towards their patients and families. A few months later my wife and I held a charity quiz night to raise money for Sobell House and this was when I found out about the Community Ambassadors.

I felt that becoming an Ambassador was a way I could help to give something back to the Charity and also help to raise awareness of this amazing place that made my Father’s last few weeks far more bearable for him and us.

I am regularly amazed by the novel ways that people have thought of to raise money and I enjoy explaining to them how their funds will be used. The charity has such a diverse range of services and most people are only aware of one or two of them unless they have had a direct connection”. 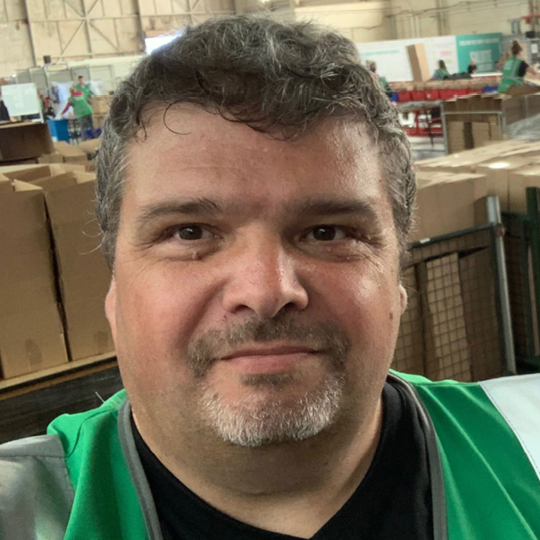 “Until 2001, my family and I had never heard of Sobell House and never in our wildest dreams thought we would need their help and support. In that year, my husband, at the age of 49, suddenly became ill. He passed away at Sobell House in August 2002 and we were all given the most amazing care by the staff and volunteers there.

My two daughters and I have supported the hospice ever since. Amongst other things, they have run the London Marathon, done a triathlon, organised a pub quiz night, walked on fire, and one of them painted murals on the bathroom walls at Sobell. I have done a tandem skydive and, when I was Lady Captain at my golf club in 2018, nominated Sobell House as my charity for the year.

In 2003, I became a volunteer and have worked on reception every week since then. I love being at the hospice meeting a variety of people, sometimes in a sad way, but overall there is a feeling of warmth and calmness about the place. I became an Ambassador in 2019, which takes me to various venues to say a few words about the hospice and to thank the people who have organised the event”.

“Sometime after the loss of my wife, I became a volunteer driver for Sobell House. During this time, I became aware of the fundraising that is required to support the running of the hospice and because my professional life involved ‘speaking to audiences’ I decided to use this skill and volunteer as a Community Ambassador.

For many years I have enjoyed collecting cheques, giving short (three minute) and long (one hour) talks and thereby supporting Sobell House.

My highlight has been collecting Esther Rantzen from her London home and taking her to Christ Church College for the Christmas Carol Service (and then back home again)! Being a Community Ambassador is a great way to support Sobell House and help highlight what an important service they provide to the local community”. 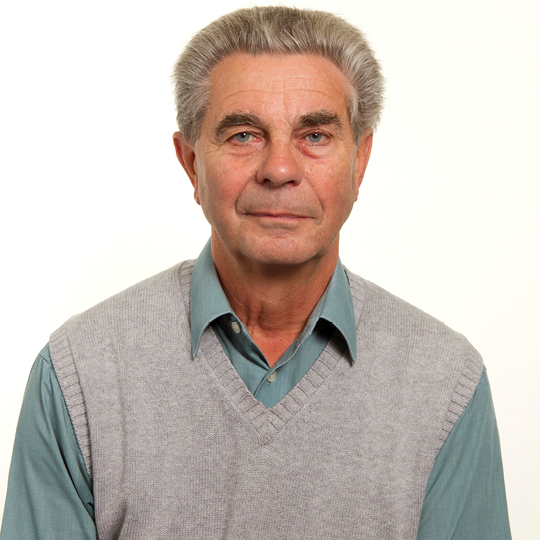 “My journey with Sobell House began in 2010 when I retired from Oxfam GB. At the age of 60, I started thinking about material possessions which I no longer needed and decided the best way to use the very generous leaving present I received was to donate it to Sobell House. I was invited to visit the Fundraising Director and find out about the incredible way Sobell House supports so many people in so many ways. For the next 11 years I volunteered at many Sobell House events watching people run, walk and donate to this wonderful organisation. I’ve listened to so many stories from supporters with sadness and joy of family and friends who have been cared for by Sobell House. I have laughed and cried and enjoyed every minute of packing goody bags, lifting boxes and packing up in all weathers. I was absolutely overjoyed when I was asked if I would like to become a Sobell House Ambassador. To represent such a worthwhile organisation is such an honour. I hope I can represent Sobell House in a way that will raise awareness and engage people I come into contact with to give their support. What would we do without you dear Sobell House?” 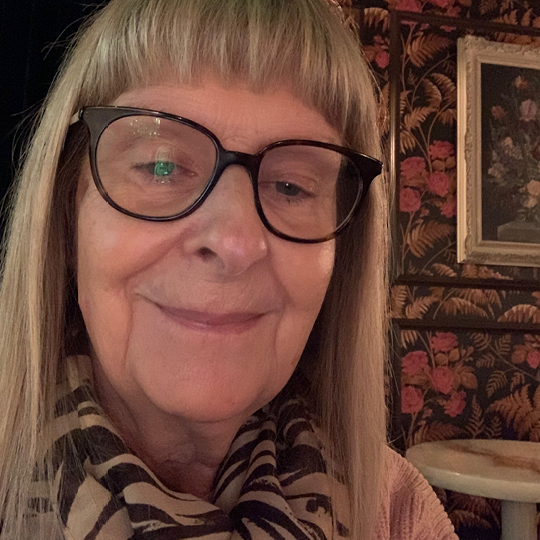 “My wife, Penny, was referred to Sobell House in the late summer of 2016 after a number of treatments in the Churchill Hospital for lung cancer. In all, Penny had three periods in the hospice for assessment and palliative care, together with out-patient consultations, and when at home had regular visits from the community palliative care team. I will always be grateful to everyone at Sobell House – doctors, nursing and care staff, therapists and all the support staff and volunteers – for doing as much as they possibly could to help Penny when she needed it, and to provide comfort and advice. When she went back in to Sobell for her last few days, she knew she was welcomed, reassured and made comfortable. I know she was at peace to be there.

Since Penny died I have been more than happy to give my time and experience to help continue the wonderful work that they do, and I started as a Community Ambassador two years ago, spreading the word about Sobell House at events and fundraising talks, and gratefully accepting donations on behalf of the hospice”. 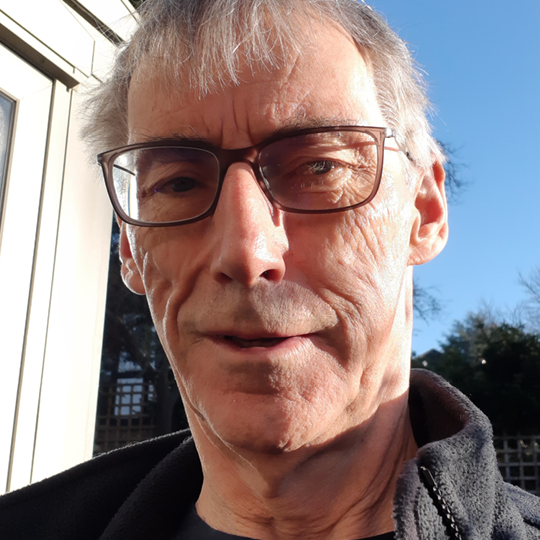 “Why did I become a Sobell Ambassador? Like many Sobell House volunteers, I wanted to give something back after they supported me, my husband and our teenagers during my husband’s illness and death. I became a ward volunteer for a few years but, with complex family and work commitments I had to give it up. So being invited to become an Ambassador was a perfect opportunity. It is so rewarding. I get to meet some incredible people and am always truly humbled to hear their stories and what they do to fundraise.

I leave every event walking on air, energised by the overflowing goodness of the human spirit and the passion and love that people have for Sobell House and its work. You can almost taste the positive energy that these events create. But, Sobell House does that to you. It wraps you up in a huge happy hug just when you need it the most. And that is why I love being a Sobell House Ambassador – and I hope to meet you at a future event or fundraiser”.

“My first experience of Sobell House was in 2008, when my dear wife Sheila was admitted for end of life care. Sheila, myself and our family quickly realised what a very special and precious facility Sobell House is for the community, and is staffed by the most professional, caring and wonderful people.

I started to volunteer twice a week in the hospice after Sheila died, mainly on reception but also on the ward desk, in the day centre and sometimes serving meals on the ward. I finished regular volunteering as the pandemic came in 2020.

After this, I was asked to become a charity ambassador, and I was delighted to say yes! This role allows me to increase the opportunities to help spread the word about Sobell House, the way it is funded, the importance of all fundraising large and small, and to share my experiences through both loss and as a volunteer. Also, it will be a lovely way to meet fundraisers and for me to maintain a connection to Sobell House”. 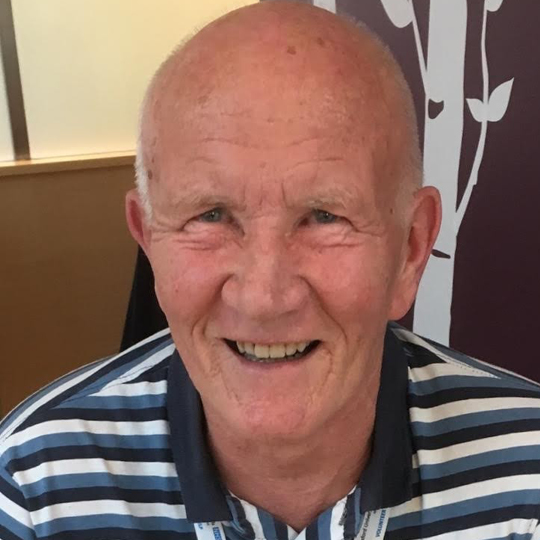 Helping us to increase awareness of Sobell House and raise funds in the local community is so important. Whether it’s minutes or months, hours or days, the time you give really does make a difference.

If you are a confident public speaker with excellent communication skills, have a personable and friendly manner and are interested in volunteering as one of our Community Ambassadors we would love to hear from you. Please contact us to find out more.