MENUMENU
0 Items
You are here: Home / Who We Are / Our Impact / Kirsten and Hayley’s story

In 2016, my mum Kirsten was devastatingly diagnosed with lung cancer. The cancer spread to her brain and at the point where it became apparent she would need more care, we were so lucky to be told that a bed was available at Sobell House.

Before mum was admitted to Sobell House, I had a negative connotation with end of life care and hospices, because you would so often hear people say ‘I never want to die in a hospice, I want to die at home’. But the care our family received was without a doubt the thing that made a difference, not just to my mum’s final weeks, but to how we as a family could cope through some of the darkest days of our lives.

During this time, members of my family were able to take it in turns to stay with mum overnight, which we were so grateful for. Not only did it give us a huge amount of reassurance knowing that she had someone with her at all times, but it also meant that we were well rested too. During our visits we were never made to feel like we were in anyone’s way, and because we had the amazing staff providing the care, we were able to place all of our focus on keeping mum relaxed and making her smile. 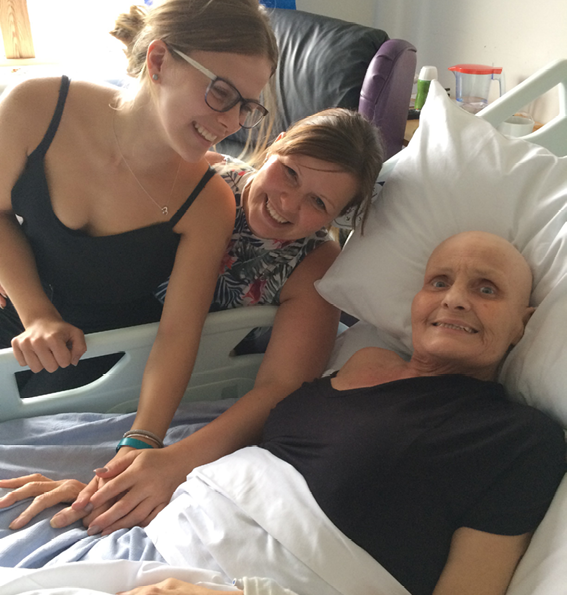 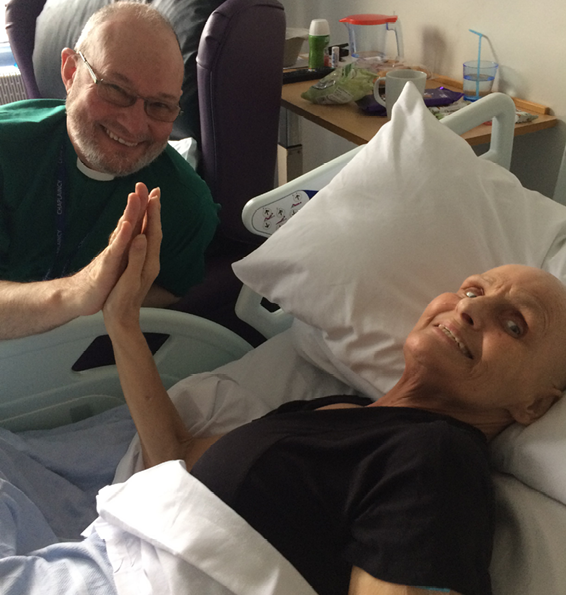 Kirsten with our chaplain Graham

The doctors and nurses were honest, but very compassionate, which you’d think would be lost when dealing with similar situations every day. The volunteers, many of which had been in our shoes, did everything with a smile and a positive manner. The chaplain, Graham, was a really important person to us at Sobell House. My mum had a wicked sense of humour and somehow Graham managed to bring out her humour, at a time where she could barely communicate at all. After mum died, we asked Graham to hold her funeral service, which he did with such warmth and character. Again, this was something we wouldn’t have had without Sobell House.

Even though my mum was in Sobell House almost four years ago, we still talk about what a difference the care and support made to us as a family. The experience we had has completely changed my opinion on hospices, and the fact we were welcome to spend as much time as we needed by mum’s side meant the world to us.

Thank you so much to all of the staff for everything you do.

Thank you so much to Hayley for kindly sharing her mum’s and family’s experience of Sobell House.