MENUMENU
0 Items
You are here: Home / Who We Are / Our Impact / Miriam and Andrew’s story

Miriam received support from Sobell House for 18 months, following a diagnosis of motor neurone disease. She was supported by our specialist palliative care nurse, Lisa Howe, and received care at home until her death in January 2021. Her husband, Andrew, kindly told us about their experience.

Mim was a nurse. A very, very good one. 15 years in hospital then another 15 in general practice. She knew everything there was to know. And she was a stern judge of nurses.

She was not disappointed.

When she developed motor neurone disease she wanted the Sobell House team involved at an early stage, knowing the hard road she had to travel. We met the team when she was still very much living and enjoying her life. They may have felt that she was taking some steps too early – if so, they never let it show. They supported her in her choices and offered help when it was needed, but left it to us to say when that was. Mim valued that a lot. A bit like living near London. You never actually bother to go but it’s nice to know that Oxford Street or the Barbican is there if you want it.

To my shame I can’t remember if Lisa, the Sobell House nurse who supported Mim, was one of the people we met at that initial appointment. I will never forget what she did for us later. 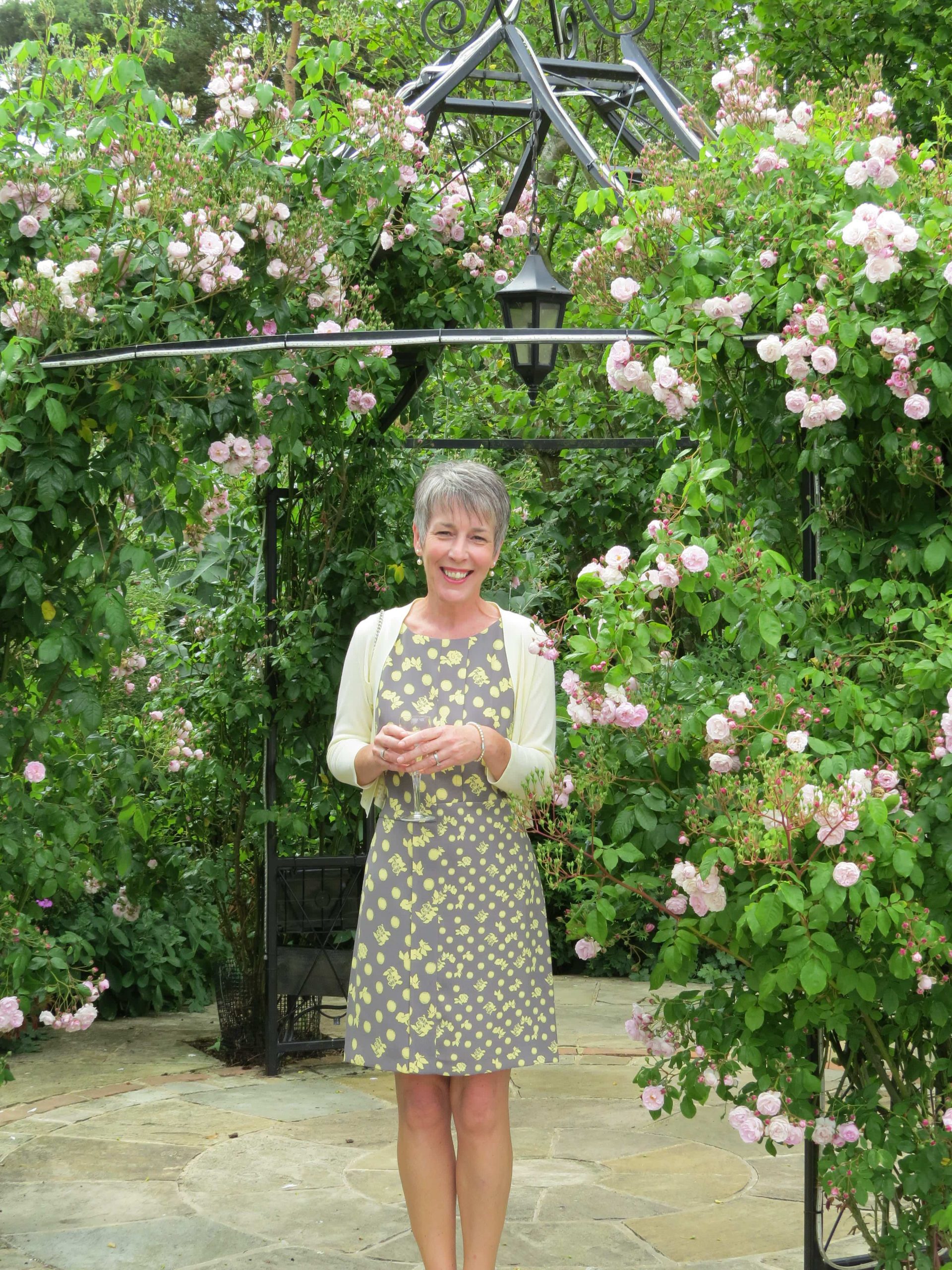 As the disease progressed there were many small and large losses to adapt to. Many indignities. The lovely room downstairs we converted to a bathroom – in her carefully-looked-after house – I think that hurt her the most. The stairlift. The amazing wheelchair. The wheelchair-adapted car we bought (she loathed the sight of it). The acceptance that she couldn’t help around the house any more. Or supervise her very non-green-fingered husband in the garden. Our superb GP Dr Ratna Kundi and various community services helped us with these things. But Mim always insisted Lisa was kept informed. She knew what was coming down the hill at her.

She also saw Tom, the music therapist at Sobell House, with whom she had an immediate rapport. I’d teased her and said he would probably have a beard, a guitar and a tambourine. He did have a guitar. And he was an amazing support to Mim. A humblingly nice man and a very skilled therapist. Good on the guitar too. He was helping her to write a song about her life. Sadly, Covid stopped all that support, but it was much appreciated while we had it. 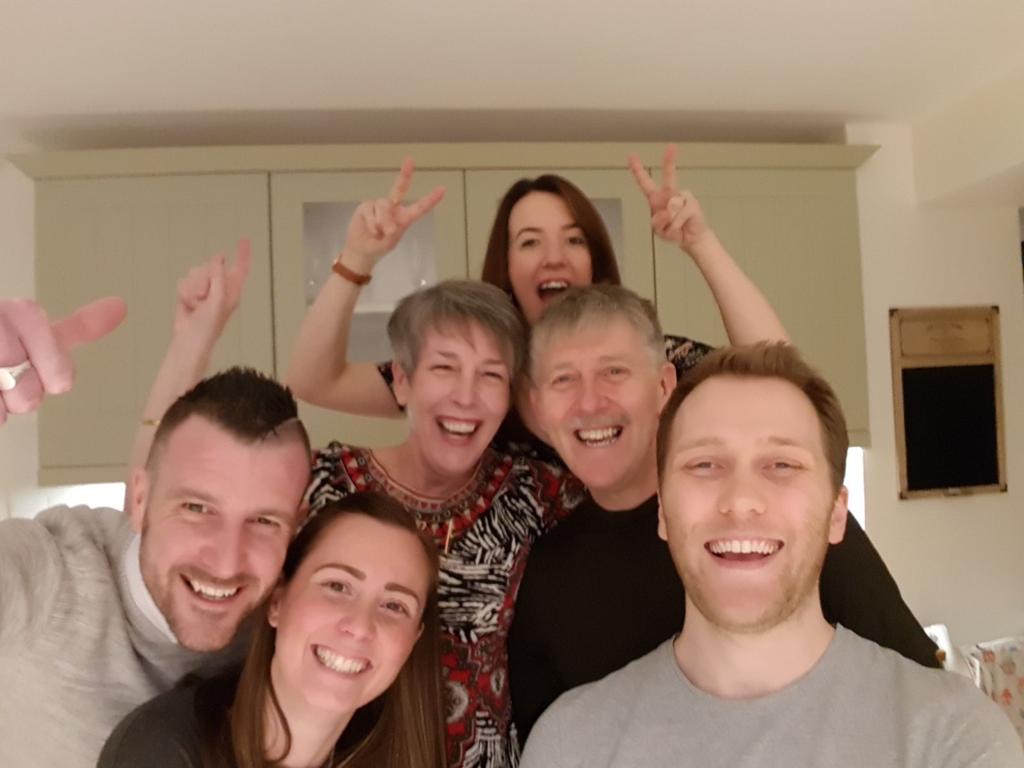 Pictured: Miriam, Andrew, and their family 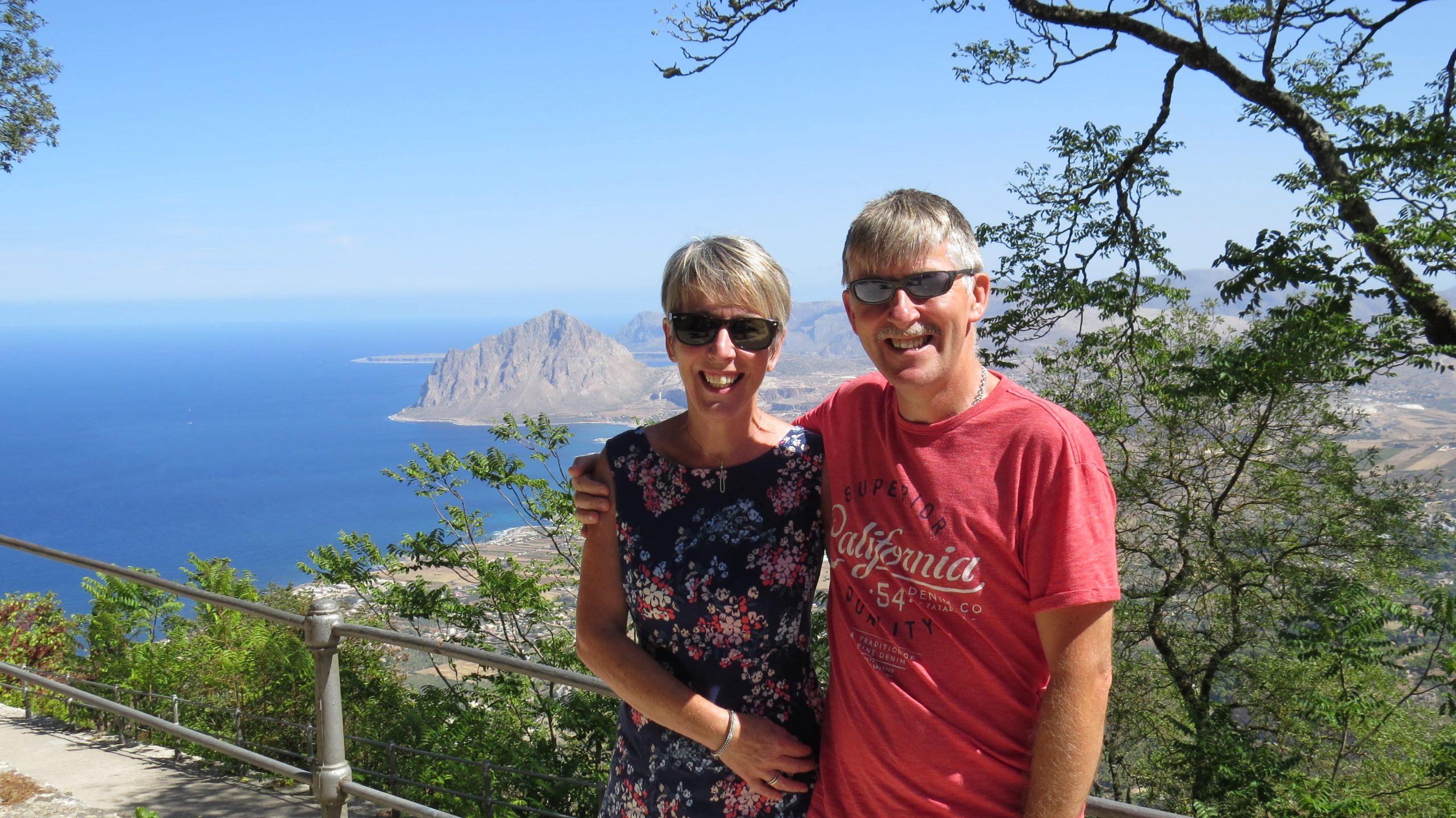 Lisa had the backup of the medical team at Sobell House, especially Dr Sarah Hanrott, who we met twice. Mim liked “Dr Sarah”. Like Lisa, she never claimed to have a miracle cure. She never just “did something” for the sake of doing something. And as a former GP I know how tempting that is – “surely if I just do something – anything – that’s got to help, right?” – wrong. Patients (especially ones like Mim) see through it and are disappointed. Mim prized honesty and “saying how it is” above all things in her medical advisors.

I watched a documentary about the Great War when I was at school. The section on the year 1916 kept repeating the phrase “…….and then there was Verdun…….”. Well, here it is again. And then there was Lisa. Always there. An email or a phone call away. She was happy to hear when we’d been doing well but always had something to offer or to suggest if things weren’t so good. She would call regularly to check up and was always delighted to be told we were OK and she should devote her time to her other patients. But when we needed her ? Yep. No question. Things that weren’t even her remit were sorted out anyway. I wish I could have done that when I worked as a GP!

Caring for someone you love at home isn’t easy. I cannot “soft soap” Mim’s last month. Many symptoms (especially with diseases like MND) are not capable of resolution. Even by people as skilled as Lisa. I had times with Mim when I could not make her comfortable. Would I do it again? Yes. For my wonderful Mim I would walk on hot coals. But let someone like Lisa tell you to let somebody else take over if you’re struggling.

Sobell House provides such an important service and it’s so important that health care professionals like Lisa can continue to be there for other people, like Mim, who need their support.

Thank you so much to Andrew for kindly sharing his wife’s and family’s experience of Sobell House.