MENUMENU
0 Items
loading...
You are here: Home / Who We Are / Our Impact / Robin and Murielle’s story

Murielle’s husband, Robin, was cared for by Sobell House, and has kindly shared their experience as a family:

Robin became ill in September 2017 and shortly after, on the 4th October 2017, he was diagnosed with pancreatic cancer. The doctors didn’t use the word terminal but it was stage four cancer so at that point our whole life changed to focus totally on Robin’s care.

The first touchpoint we had with Sobell House was when I met with a neighbour whose wife had cancer. He told me that a Sobell House Community Nurse had been a great support to them, so I proactively got in touch.

Ali Flint, our Sobell House Community Nurse, became our lifeline over the next two months. She came to our house on a weekly basis. We used to look forward to seeing her and we always had so many things we wanted to ask her. 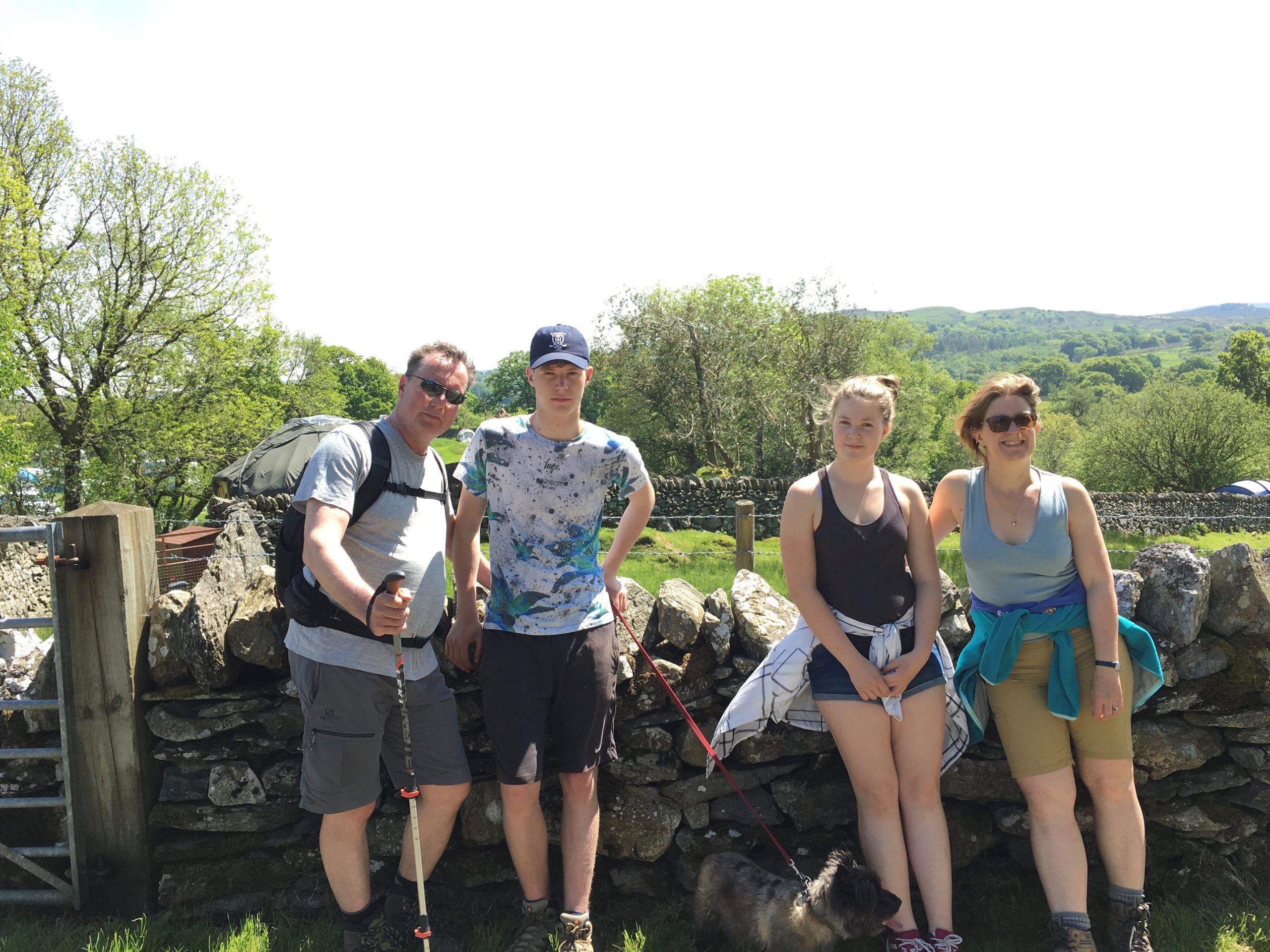 Pictured: Robin, Murielle, and their children

Ali was the lifeline for us right to the end. The Community Nurses are ideally positioned between the medical profession and their patients and families. They’re on the ground and are very pragmatic. They come in and listen to what’s happening at that point in time, and are very good listeners.

The Community Nurses also provide support for the whole family. At this point my children were aged 16 and 18 and they were with us throughout the whole process, so Ali would check in on how they were feeling and the impact it was having on them. We were able to share some amazing moments as a family in those final weeks. My son went to a big international rugby match a couple of weeks before Robin passed away. Robin was in a wheelchair and so my son pushed his dad around and that was an amazing memory for him. My daughter was also with Robin right until the very end, and is now determined to become a doctor!

I was really worried about what would happen at the end; how I would know what I needed to do. I’d had some advice from other charities like the Pancreatic Cancer UK helpline but when my husband fell off his bed and couldn’t get up again I realised I needed extra help. I called Sobell House and spoke to Ali who put Robin’s name forward to get a bed in Sobell House. She told me they’d send an ambulance within 4 hours. I’d not been through anything like this but it was as smooth as it could be in that moment.

The idea that Robin would have to go to a hospice in his final days was something I found really hard to get my head around; I just wasn’t ready for that. But the hospice is a very nice space, very clean, very spacious, lovely colours, with a lovely space outside. Robin had his own room, and we filled it with the things that Ali had suggested I bring like photos and personal items. The room was amazing, I almost cried because Robin loved golf and it was overlooking the golf course. It felt like a luxury.

My husband passed away within 24 hours of arriving at Sobell House, on 1st December 2017. The end was very moving and very difficult, but it was a peaceful experience with the support of the Sobell House team. They were unbelievable. They looked after Robin and they looked after me and the kids. At that point I knew what it takes to care for someone and I was in awe of their work. It was very quick but it was such a relief for me to have the medical professionals with me. It meant I could just be there to hold his hand.

Although Robin’s death was obviously unexpected and very sudden I would say I got all of the care that I could have, and so did my children. I cannot give any more praise really.

I came into Sobell House a few days after Robin died and collected all the paperwork that I would need. The person I met was very caring and they talked to me really calmly. That was really nice as I was in a very fragile state.

I was contacted by the Sobell House bereavement support team afterwards too. It was a few months later and the phone calls from friends and family had started to die off so having a proactive call at that stage was really nice. It was good to know that someone is caring for you and wants to help you.