On World Religion Day – Sunday 17th January – it is worth remembering that the world is populated with people of many different religions and none. All are human and all have an inner being, a spirit, a private place where they find meaning, hope and purpose. However, when trauma comes many experience the opposite – meaninglessness, hopelessness and a loss of purpose.

In a hospice, the Chaplain’s role is to provide spiritual, religious, emotional and pastoral care for the whole hospice community – regardless of their beliefs. During these challenging times, the Sobell House Chaplaincy team have remained able to support patients, visitors and staff. Like so many others, since March we have had to learn new ways of doing things, including supporting people over facetime and telephone when we have found ourselves unable to attend in person because of Covid-19 restrictions.

Over the years we have gathered many stories from people we have helped. Chaplains are good non-judgemental listeners who can give time and harness their pastoral skills to help and support those in turmoil. Below are some people we’ve met at Sobell House, and examples of how we’ve helped them at the end of their life.

Jane, a science teacher, self-identified as an atheist. Initially Jane declined Chaplaincy in no uncertain terms. Then she realised she needed to arrange a funeral. It was suggested to her that Chaplains are very good at that side of things. Reluctantly she agreed to see the Chaplain. When they met religion was not mentioned at all but funeral arrangements were made. For her last few weeks the Chaplain visited her on an almost daily basis. They built a rapport and Jane taught the Chaplain a lot about science. Spiritual care for Jane was enabling her to do what she did best which was to teach and talk about the science that gave her meaning.

Another patient, Ali, was a Muslim who was cared for by the Oxford University Hospital Trust’s Imam and the Sobell House Chaplain together. The Imam would read the Qu’uran and pray in Arabic. Our Chaplain would visit daily and listen to Ali’s complicated life story, to support him pastorally and to ensure that his cultural, as well as religious needs, were met in his care from the hospice. When Ali died his friends invited the Chaplain to the Mosque for his funeral.

Another patient, Alice, had a deep but complex Christian background in Africa. She was born a Roman Catholic. As she had grown in her faith and lived in different places she had moved towards Pentecostalism. She loved to read her Bible in the Swahili language of her youth alongside an English translation. She liked the Chaplain to read from the Bible in English and to lead her in reflection. She longed to visit Jerusalem and indeed had planned to but the burden of her disease overtook her and rendered this impossible. The Chaplaincy department have a contact in St George’s Jerusalem who kindly agreed to take our patient on a virtual pilgrimage through Jerusalem walking the way of the cross and ending with prayer in the Holy Sepulchre. Just as it would have been had she been able to go in the flesh. Despite the vagaries of WhatsApp with signal coming and going it was a very special event for her. Still pictures were taken along the way which were printed out and put up in her room so she was surrounded by images of the Holy City while she died.

Please note that these stories are an amalgam of many different patient stories to help the reader understand the work of Chaplaincy. They do not refer to any particular patient. 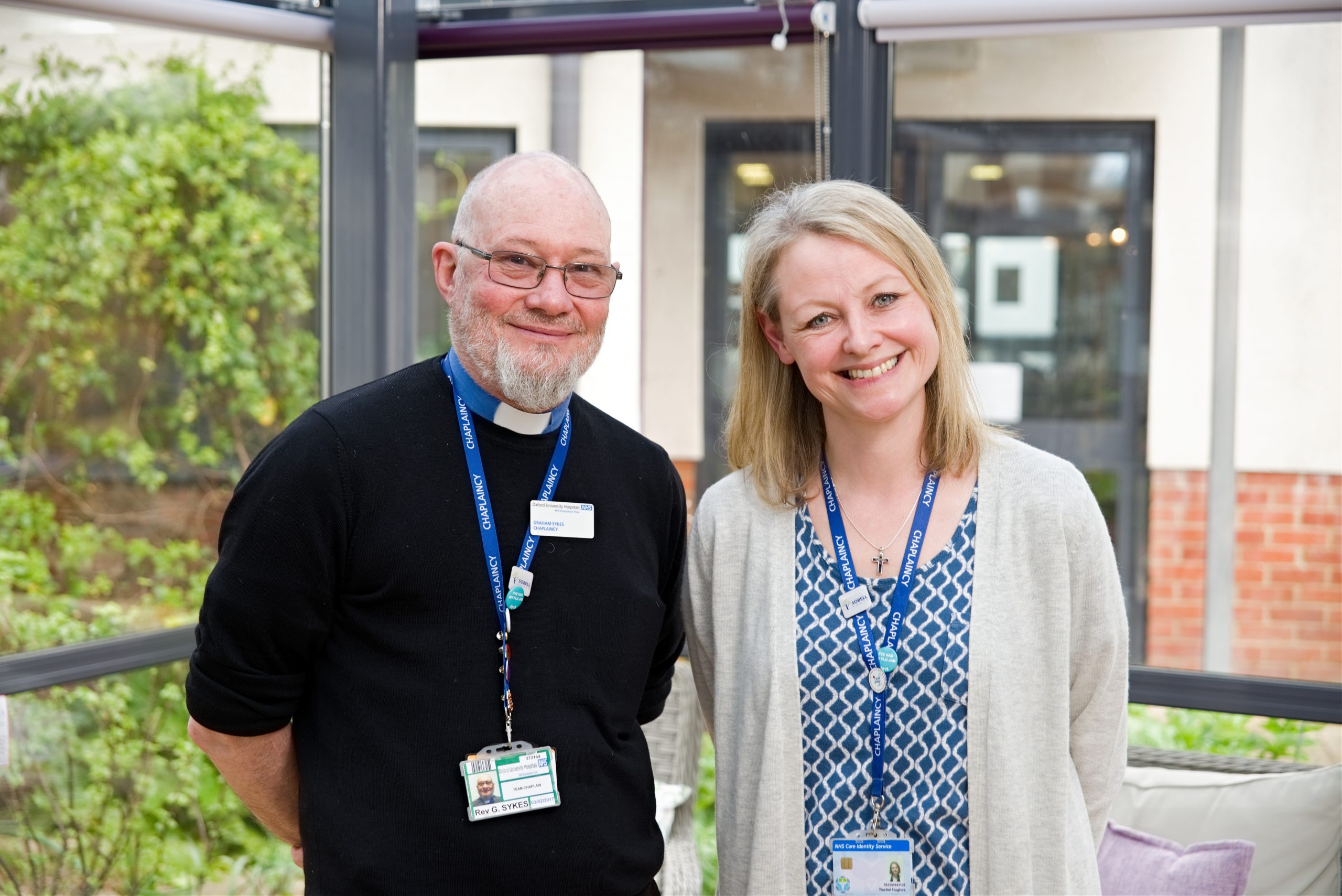