You are here: Home / Head shave challenge raises more than £2,500 for Sobell House

9th August 2019
A few weeks ago, Simon Mace decided to brave the shave and go bald for Sobell House. Initially setting a target of raising £250 on his Facebook fundraising page, Simon was absolutely overwhelmed when he surpassed that target in the first day! Coming in to the hospice after the cut, Simon had raised an outstanding £2,474.75, and with a few more last minute donations, he’s now over the £2,500 mark.

Simon decided to support Sobell House in memory of his father, Gordon Mace.

We’d like to say a huge thank you both to Simon and to all of his generous family and friends who have sponsored him and helped him to raise more than ten times what he originally hoped.

We’d also like to say thanks to St Giles Barbers, who kindly provided the cut. 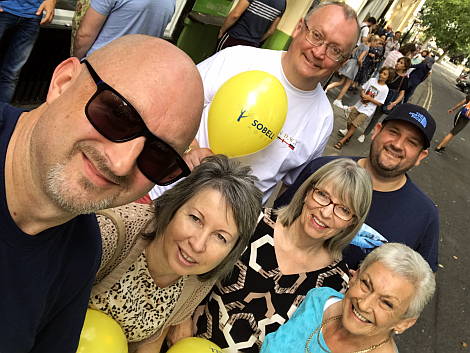 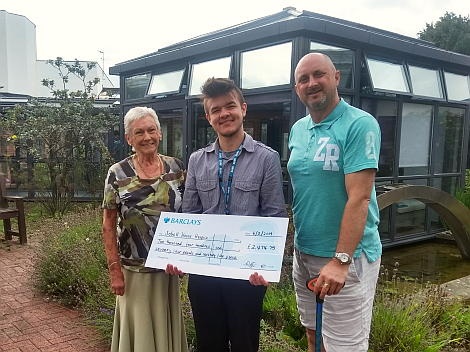