MENUMENU
0 Items
You are here: Home / Who We Are / Our Impact / John’s story

John was diagnosed with a brain tumour in 2009. Over the years, he had two surgeries, radiotherapy, and chemotherapy. For most of this time, John lived his life as fully as he could, including retraining as a carpenter, getting married, and going to New Zealand for his honeymoon. He ended up working in the John Radcliffe Hospital in facilities and he was very well known for his positive outlook amongst the Oxford Hospitals team. John started to become very unwell in January 2018, and despite another attempt at chemotherapy, he died in June 2018.

Zoe: The first contact we had with Sobell House was with a nurse over the phone. It was really helpful to know that there was someone we could call with any questions, or to ask for help. We also had a visit from the nurse and occupational therapist. They helped us link in with services for getting John trained to use a white cane.

Sarah: After John became more seriously ill in January 2018, we managed to set up a place at the day centre. By this time, John was nearly blind and needed to have someone with him all the time, but the day centre was a place where he could be relatively independent still. John was also very sociable and one of the worst things for him was the restriction in his social life caused by his blindness – Sobell were able to provide him with some sense of going out and meeting people, including the drivers who picked him up and dropped him off.

Zoe: He was very pleased when he brought back garlic bread that he’d made at the day centre – he was happy to be able to help me make dinner again. They did question whether the amount of garlic he’d put on was due to him not being able to see very much at all by that point – but he was correct in telling them we just loved lots of garlic!

I didn’t find out until after he died why he was so keen to go to the day centre each week. I knew he was spending time with the music therapist, Tom. I didn’t know that what they were doing was recording a CD of John singing some songs for me, including the song we had as our first dance at our wedding. This was a really beautiful gift to receive, and I know that it was really important to John to leave something for me.

Sarah: In the final week of his life, John had to move to the hospice as he became very unsteady on his feet and it wasn’t safe at home. John wanted to be taken care of in the hospice, I think it was important to him that Zoe and myself didn’t need to take care of him in his last days, as usual he wanted to be independent. I know he struggled with us having to look after him at all in those last months.

The hospice was a very calm and special place for us. Myself and Zoe were there every day and in the last two days we stayed overnight as well. John seemed to let go of needing to try so hard to keep going when he was admitted. All John’s friends and family were able to come and say goodbye, and even when John was hardly conscious he seemed to know they were there and appreciate it.

The medical staff were great, they were instantly there if you needed them or if anything needed doing, but otherwise let us just be together with John and even if they needed to come in, they were quiet and respectful.

Zoe: I remember us thanking some of the staff when they came in to help John move in the bed, and them saying that was exactly the sort of thing they were there for – ‘so that you can be here for him as his wife and his mother, rather than carers’.

The staff in the hospice really showed they were thinking about John as a person, not just as a patient. They noticed that he enjoyed listening to music (even when he was no longer speaking to us, he would bob his head around to the music sometimes), and so made sure to leave the radio on for him. One of the care assistants correctly guessed that he would rather be in a beer garden in the beautiful sunny weather we were having, and even managed to guess what sort of beer he’d like to be drinking.

After John’s death, the chaplain was helpful in giving us some gentle guidance on how to proceed with funeral arrangements. We also received support from Sobell over the next year. I had initially been unsure about the idea of bereavement counselling as I wasn’t sure what to say or where to start, but decided to give it a try about six months after John’s death. The counsellor who came to my house was very kind and supportive, and I found it really helpful to have a space each week to make time to think about John. 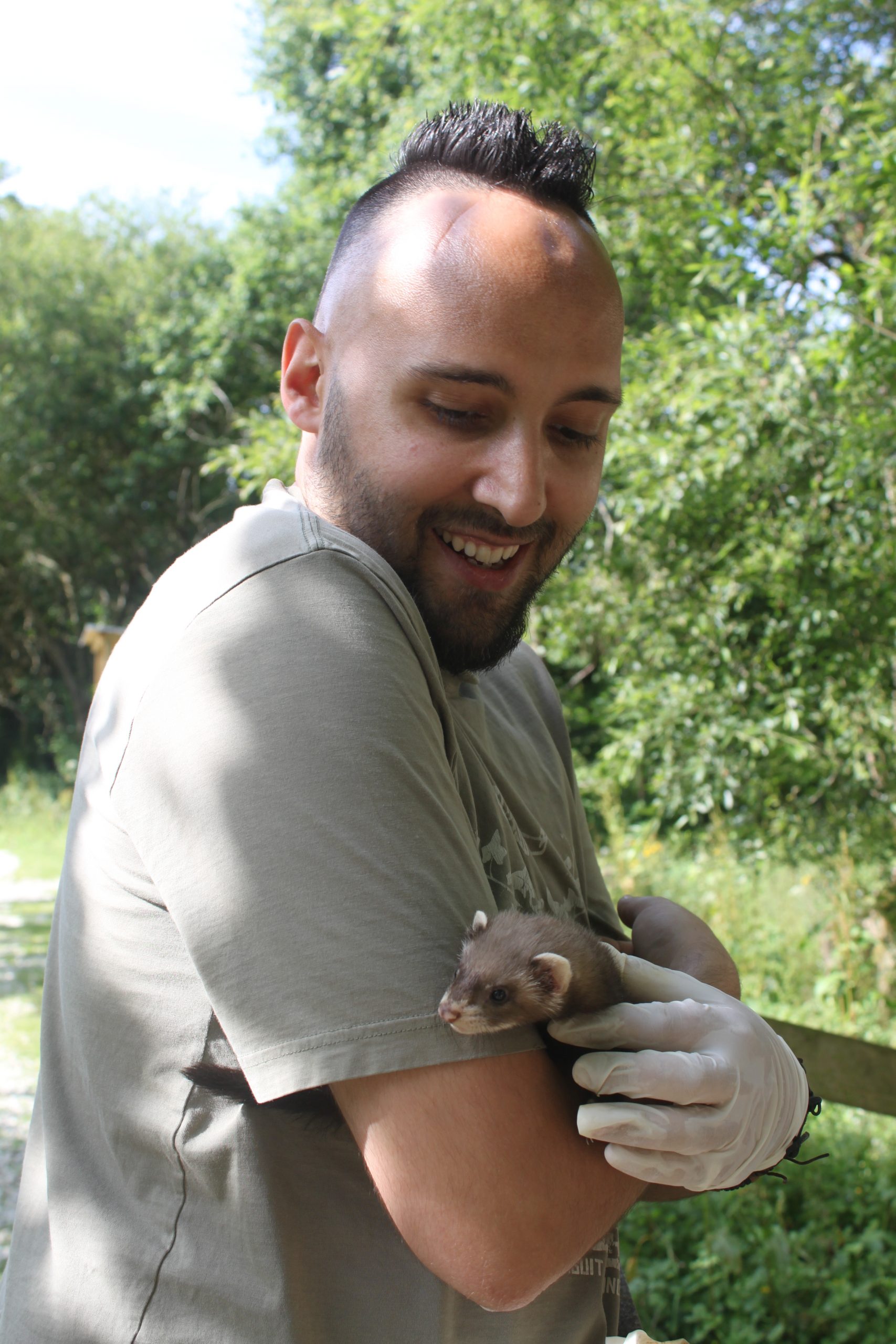 Thank you so much to Sarah and Zoe for kindly sharing John’s and their family’s experience of Sobell House.